Measles: the epidemic that never happened? Or final warning 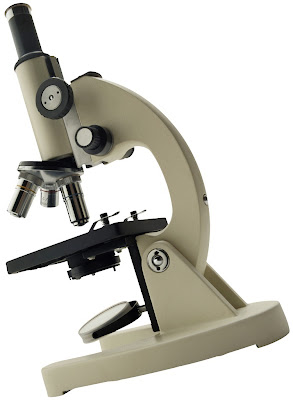 What happened to the measles epidemic that the NHS has been warning us about since 2008? We were warned of thousands of cases, because of reduced numbers of vaccinations. An outbreak started. But only 69 cases were confirmed. The outbreak happened just as levels of vaccination were increasing. Surely that's wrong? Shouldn't measles cases go down as vaccination goes up? Probably just coincidence, but I wanted to know what was going on.

Which people developed measles? Does vaccination guarantee immunity? The NHS press office avoided my questons for months, so I made a freedom of information request, and when I got the results, wrote the article below.

I submitted my story to the Argus, hoping we might work together to get comment from NHS and alternate health practitioners, and maybe develop the story into a bigger feature along the lines of "Measles - the epidemic that never happened? Or final warning?" Then the Argus published a related article following the NHS line. I was disappointed that we didn't work together on the story to get alternate views. But I'm now looking at measles outbreaks in other countries where some parts of the population don't vaccinate, such as The Netherlands. More to come!

4-Dec-2009. A child with full MMR vaccination developed measles in the outbreak in Brighton and Hove earlier this year.

Brighton and Hove PCT statistics show the measles outbreak is over, for the time being. Measles was confirmed in 69 cases by end of July, and there have been no further cases since then.

Eighty percent (56 cases) of the 69 measles cases had no record of vaccination. Seven percent had only one of the two recommended vaccination doses, and the vaccination status of the others was not known. Twenty percent of the 69 cases required hospitalisation.

One child who developed measles had received both the recommended two doses of the MMR vaccination by the fifth birthday. A Brighton parent said: “It may not be a surprise to the experts, but if you take your kid to be vaccinated I don't remember anybody saying it might not work.”

The NHS immunisation website says about MMR vaccination: “After the first dose, between 5% and 10% of children are not protected against the diseases. After two doses of MMR, less than 1% are left unprotected.”

In August this year, the Department of Health launched the MMR catch-up campaign, and Brighton health officials said thousands were at risk from a measles epidemic. They said one out of ten cases required hospitalisation, and that one in 5,000 cases could be fatal.

There were no confirmed measles cases in Brighton and Hove in 2008, before this year’s outbreak.

The low take up of MMR vaccine was blamed for the outbreak in measles cases. MMR vaccination cover fell after the MMR-autism link scare of 1998. In 2004-2005, only 56% of children in Brighton and Hove had received the double dose of MMR vaccine by their fifth birthday, compared with 73% nationally. Although the numbers of measles cases remained low, the Department of Health said that an epidemic might occur. By 2007-2008, the number in Brighton and Hove with double dose MMR had risen to 62%. Following the launch last year of the MMR catch-up campaign, the 2008-2009 figures for five year olds with double dose vaccination rose to 69%. This compares with 78% nationally.
Posted by Russell H at 21:28