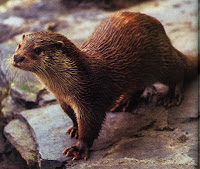 The report was issued by Natural England, the government’s advisor on the environment. Entitled “Lost life: England’s lost and threatened species” it documents for the first time 492 species lost from England since 1800. Of these, over 100 invertebrates have been lost from the South East of England.
12% of land mammals, 22% of amphibians and 24% of native butterflies have been lost, though most of these still occur in other countries. In addition to these losses, many more species are threatened and need help.
Dr Helen Phillips, Natural England Chief Executive, said: “Today this variety of life is under pressure from human activities as never before. As a result, many of our native species, from the iconic red squirrel to the much less familiar bearded stonewort, are in a fight for survival.”
Most of the species recorded as lost have been invertebrates (animals without a backbone such as butterflies), and the greatest invertebrate loss has been in South East England. Losses have also been significant in the South West (mainly from Dorset) and the East of England region (primarily from Fenland and Broadland).
There are two main reasons why the greatest losses have been in the South East. Firstly, there are more invertebrate species living in the South East because it is closer to continental Europe, it is warmer and drier than many other parts of the country, and it has a soft geology and a good range of protected woodlands and parklands. Secondly, invertebrates have been well recorded in this area since Victorian times, so the probability of detecting loss is much greater than in other regions.
The report said: “The agents of loss are not precisely known but, typically, habitat loss and damage and hunting have been the principal causes.”
Despite the area’s losses it seems that the South East may provide the last habitat for the England’s native red squirrel, which may soon become extinct on the mainland, where it is being wiped out by the invading American grey squirrel. The red squirrel is now confined to the Isle of Wight and the Poole Harbour islands, where there are no grey squirrels, and an area of northern England, mainly in Cumbria and Northumberland, into which grey squirrels are continuing to expand.
The rate of extinction has increased since 1800. Only the grey whale, beaver, lynx, wolf, brown bear, ptarmigan, capercaillie, white-tailed eagle, moor frog, agile frog and two mining bees are known to have been lost between the first century AD and 1800.
Some species lost from England, such as the great auk and Ivell’s sea anemone, are now globally extinct. “The latter was lost from its last known site in the world, a brackish lagoon in West Sussex, as recently as the 1980s,” the report says.
The report coincides with the United Nations International Year of Biodiversity. It is illustrated with many beautiful photographs of wild life, and is downloadable for free from the Natural England website: www.naturalengland.org.uk
Natural England says the situation has improved recently for some endangered species, but says more needs to be done.
Natural England’s six main priorities for action to protect endangered species:
• Better protect and manage the remaining wildlife habitats
• Restore and create additional high-value wildlife habitat including through enhancements at a landscape scale
• Establish a coherent network of Marine Protected Areas
• Establish more sustainable practices for all our land and seas
• Reduce the impact of invasive non-native species
• Take further steps to reduce illegal killing and collecting of our native species.
ENDS 600 words
Update 18 March: I thought the publication of this record of extinct species was poignant and pertinent, and tried to work on a 'local' angle in that most of the extinctions happened in SE England. I tried to find an example of a really local, Brighton extinct species by phoning the local office of Natural England, but they were only barely aware the report had been published - they are involved with environmental farming around here. I was sure there are issues of local species under threat, but I couldn't find them in time for this article, and it was not published in the Argus - no strong local link. The Argus did cover the International Year of Biodiversity back in January. Not much on local species at risk, but it is good to see that this issue is being followed by the Argus with Sarah Lewis Hammond's article about the loss of urban green spaces.
I have now found a bit of general info on Brighton species under threat - Brighton & Hove council has a useful website. Seems the Brown Hare may be one of the 'sexiest' species under threat: CityWildlife says: "Brighton & Hove's downland supports a wealth of threatened species. These include farmland birds such as Skylark, Grey Partridge and Lapwing; arable annuals such as Pheasant's Eye, Venus's Looking-glass and Rough Poppy and animals such as brown hare and invertebrates. Ponds on farms provide drinking water for wildlife as well as a habitat for amphibians, aquatic plants and invertebrates and farm woods are havens for badger, deer and woodland birds."
From there, I found The Sussex Biodiversity Partnership, which has tonnes of info but no news. The European Otter is definitely the sexiest creature on this list, but it seems that its not really so endangered any more - except in Sussex. In the rest of the country the population is recovering, according to the 2002 report on the website.
I still haven't find a local news angle to help me write about Natural England 'Lost life' report for the Argus! Probably the designation of the South Downs as a National park will dramatically improve the situation for endangered species in the South East of England.
Posted by Russell H at 18:01