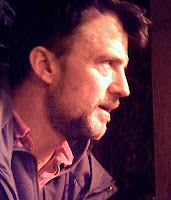 Personal Profile
An experienced creative, writer and publisher, with stints as freelance journalist and subeditor, I've led media and manufacturing projects in UK and Africa, and have credits in the Guardian, BBC, Iemmies and TV World. I've subbed, designed newsletters, written press releases and set up websites for various good causes.


As a creative self starter I help manifest new concepts. As an empathic people person I listen and balance consensus with priorities so maximising team motivation.

My diverse experience includes project management roles in media, retail, and manufacturing. I've served with international media organisations (Iemmies, Sithengi and Banff) and worked on print and on-line publications in Europe and Africa.

I am educated to MSc Level, and have certificates in Creative Writing, Person Centred Counselling, and Art. In 2010 I refreshed my skills with an NCT Journalism course at Journalist Works in Brighton.

Reports and Consultancies:
Regulation of African Television (for Article 19) (2002)
Content Development in Africa (for IICD) (2002).